Lake Manyara National Park is one of the many national parks in the Northern safari circuit region of Tanzania (Arusha), sandwiched between Lake Manyara and the great rift valley. The lake-dominated wildlife reserve is one of the most visited tourist places in the country because of its enormous population of birds.

Way back in 1920, Lake Manyara region used to be a sport hunting area for European settlers and later changed to a game reserve in 1957. It was made a national park in 1960 and as years advanced in 1974, about 550 hectares of land was added to its southern part. This natural gem is now made of 125 square miles and 89 square miles are occupied by Lake Manyara. The lake is part of the large Lake Manyara Biosphere Reserve, set up in 1981 by UNESCO as part of its Man and The Biosphere Programme. The entire park area is under the control of The Tanzania National Parks Authority.

The landscape of the national reserve is characterized by Lake Manyara, an alkaline water body lying within the east African great rift valley region. The lake gets its water from the underneath wells particularly the ones from Ngorongoro highlands but has no outlet. The depth and surface area of the lake fluctuate from time to time depending on the prevailing climatic conditions in the area. In context, the water levels increase in the rainy season and decrease in the dry season.

Except for the lake and the rift valley, Manyara is composed of a dense forest close to its gate, grassy floodplains, saline flats, and swamplands which expand in the dry season as the lake size diminishes.

Being influenced by a waterbody, Lake Manyara National Park is a bird haven with over 330 species comprising the endemic lesser and greater flamingos that commandingly live on the shores of the lake in great numbers, especially in the wet period. The other notable birds around the park include the great white pelicans, pink-backed pelicans, grey herons, Ayre’s hawk eagle, vultures, and many more.

Activities to Engage in at Lake Manyara National Park

Tourists mainly visit Lake Manyara national park to enjoy the birds. The park especially the lake part is the best spot to watch birds at leisure. More than 350 species are registered within the environments of the park, the notable ones are lesser and greater flamingos, great white pelicans, pink-backed pelicans, grey herons, and yellow-billed storks. The birds make the park colorful and beautiful, aiding blistering photography. The perfect time for bird watching is the wet period when the lake is lively. Innumerable birds concentrate on the shores of the lake for food and water.

Lake Manyara is one of the places in Africa with tremendously amazing terrains and an abundance of wildlife species, making it a dream place for tourists seeking to view exotic animals live in action. Due to animals’ dangerousness, they are better off being seen while in the vehicle through a pop-up roof. Driving a 4×4 vehicle makes it possible to cover a wider area scope since Lake Manyara national park is such a huge expanse. The safari game drive can be done both during the day and at night. The best take is that of early morning, where the risers are up and running to look for a meal for the day. Tourists have a high chance of encountering animals like lions, elephants, impalas, zebras, buffaloes, and wildebeest during this time. The night game drive also brings a different aura, animals are watched under the moonlight. In these times, the first thing to see on the animals are their glowing eyes in the dark. The probable animals to encounter on this game drive are leopards, hyenas, bush babies, and pottas which much come alive at night.

Although most sections of Lake Manyara national park are deadly, there are some that are free from predators enabling walking safaris. For instance, the forest area near the park gate is mostly full of grazers like bushbucks, reedbucks, elephants, primates, and birds. Other organisms in the forest to encounter are butterflies, amphibians, and reptiles. To ably encounter the attractions the forest produces on a nature walk, there are well-designed trails to take, for instance, the Maki Moto that heads to the hot spring and the famous treetop way trail which avails lots of wildlife species and outstanding physical features.

For those who wish to wholly experience the lake and the living species it hosts, canoeing is available. Float in a non-motored wooden boat on the still waters of Lake Manyara to watch the deadly crocodiles lurking from afar, birds poking in water to catch seafood, and buffaloes and elephants clearing their throats at the shores after a graze. The delight of the day is the sunset and sights of the rift valley, woodlands, and savannah prairies.

Close to Lake Manyara, there is a little town of Mto Wa Mbu that tourists can visit to get engrossed in the African culture. Mto Wa Mbu has a diverse culture but the most popular is the Maasai Village visits. The Maasai culture is widely spread around the northern part of Tanzania and it is a tribe of great interest. The people have retained their original ethos as practiced by their descendants. Visit the Maasai homestead, to indulge in their traditions and culture, enjoy their history from the elders and support the communities by buying craft items and donating scholastic materials to the schools and medical items to health centers. At the end of the visit, delight at the music, dance, and dance from a local entertainment group.

Masai Village visits can be done in the neighbouring Ngorongoro Conservation Area where the famous Ngorongoro Crater is located.

Lake Manyara National Park receives two climatic conditions (dry and wet) and the two truly influence the activities done in the area. Since all the activities carried out in the park are outdoors for example game drives, walking safaris, boat rides, and community tours, the dry spell is regarded as the ideal time to visit Lake Manyara. This is the time when the savannah grasslands are fathomable to clearly watch wildlife. Additionally, during the dry spell, Lake Manyara acts as the only source of water in the region and different animal species highly concentrated around it.

The wet season poses some difficulties such as impassable roads, thick bushes, and the hiding of animals, making it an unpopular time to travel to Lake Manyara national park. 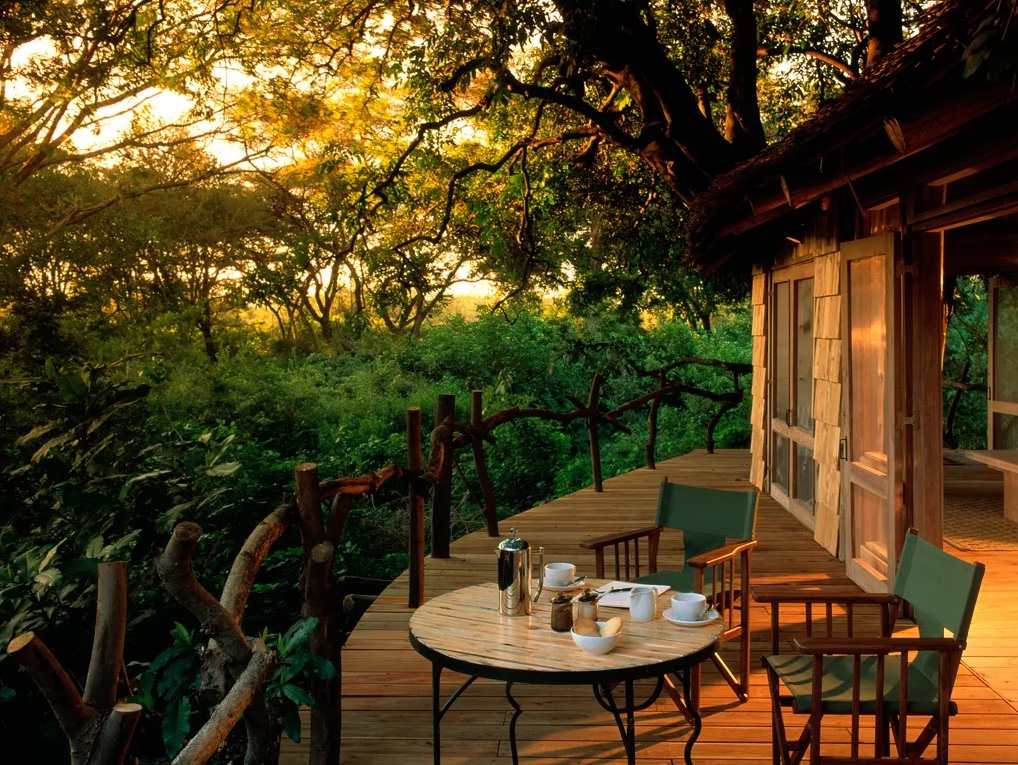 The park can be accessed by car, only taking an hour and a half as it is located 78 miles southwest of Arusha, the starting point of most safari trips in the northern circuit. The most convenient spot to access the park from Arusha is Babati town. Lake Manyara has an airstrip but air transfers are not advised to tourists using Kilimanjaro International Airport because of the shortness of the journey. The air means are more appropriate for tourists from Dar-es-salaam Airport and there are charter planes that operate the route daily.

Lake Manyara geographically lies between Tarangire National Park and Ngorongoro Crater. Both are in close proximity to Tarangire and can be combined well in what us the best selling three safari days package in Northern Tanzania.

Visitors of Lake Manyara national park are spoilt with choices of where to stay. There are numerous safari lodges close and within the park ranging from luxury to standard options. The lodges offer services such as bedding, meals, conferences, spa, and gym and also arrange park activities and airport transfers. The popular places to spend an overnight while on the safari in lake Manyara national park include Africa Safari Glamping and TanzanIce, And Beyond Lake Manyara Tree Lodge and Lake Manyara Serena Safari Lodge.